You can view the full team here.

The following are the Public League’s players that were honored.

Collins guard Kamal Hill, who hit a buzzer-beater in the Class 2A Collins Sectional final.

The No. 1-seeded Wolverines beat Marian Catholic 56-43 to win the Class 4A Eisenhower Regional title. They will play No. 5 Marist on Tuesday night in the Thornwood Sectional semifinals.

The No. 1-seeded Mustangs defeated Butler Prep 81-64 to claim the Class 3A Evergreen Park Regional championship. They will face No. 4 Brooks on Tuesday evening in the Class 3A St. Rita Sectional semifinals.

The Dolphins, the No. 2 seed in the Proviso East Sectional, beat Lincoln Park to win the Class 4A Whitney Young Regional title. They will play No. 3 Kenwood in the sectional semifinals on Wednesday night.

The Spartans beat a talented DePaul Prep squad 64-54 to win the Class 2A Guerin Sectional. They will play Collins in the Joliet Central Supersectional on Tuesday evening. The winner advances to state.

END_OF_DOCUMENT_TOKEN_TO_BE_REPLACED 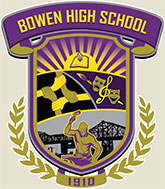 Words in the rest of this preview: 785

Five things you need to know about the Boilermakers

1) Joe Crumb is back as a head football coach, and he’s excited about it.

Crumb is a well-known girls basketball coach in the Chicago Public League — he’s spent time at Fenger, Phillips and Dyett — but he wanted to return to being a head football coach.

Bowen is Crumb’s first opportunity to do so since he coached Gage Park in 2014. The Fighting Owls forfeited six of their nine games that season, including their last five.

“It’s been real exciting for me,” Crumb, whose first high school football head coaching job was at Fenger, said. “I’m getting in the swing of things again. It feels good. I feel real good.”

Crumb was diagnosed with non-Hodgkin’s lymphoma in 2009. The cancer went into remission in 2010.

During that time, coaching — specifically, coaching girls basketball — was really important for Crumb. He continued to coach after receiving his diagnosis.

“When I came down with it, I was still in my season with girls basketball,” said Crumb, who was coaching Phillips at the time. “The girls, when I was coaching them, kept me going and helped me stop thinking about it. That’s what really kept me going. I really wanted to get back into football.”

2) What will be different under Crumb.

Discipline has been a major point of emphasis at Bowen’s early-season practices with Crumb as the team’s new head coach.

“They were kind of lacking it before I got here,” he said. “They’re getting better with it. I think we have a good chance of winning our conference because I’ve got a great group of kids.”

Maintaining discipline and continuing to work hard will be very important pieces of Bowen’s success this season, Crumb added. It will also be imperative for the Boilermakers to pick up their new offense quickly and execute it well.

The early reviews about the team’s new offense — a system Crumb elected to keep quiet — are in.

3) Bowen’s offensive attack should be diverse.

Running backs Marquise Paino and Dale Hensley are two of the team’s standouts, but the wide receivers left a positive impression on Crumb this summer.

The wide receiving core, which includes Trayis Monden and Akiva Brooks, performed very well during Bowen’s 7-on-7s this summer. Their play, combined with the rushing ability of Paino and Hensley, bodes well for the Boilermakers’ offensive balance.

“I feel great about this team,” Crumb said. “We’re real skilled. It’s just us putting it together.”

The Boilermakers will likely have several players go both ways, Crumb added. Paino, Hensley, Monden and Brooks will all see significant time on both sides of the ball.

4) Marquise Paino and Dale Hensley have been excellent leaders.

Crumb praised Paino and Hensley, who are varsity veterans at this point in their careers, in the way they’ve led Bowen.

“They basically run the practice without me being on the field right now,” Crumb said. “They’re (both) just like another coach on the field. Both of them.”

5) Bowen’s schedule is extremely difficult out of the gate.

Before the Boilermakers begin conference play, they will travel to Woodstock to play Marian Central Catholic and then to Triton College to face Fenwick the following week.

Marian Central Catholic finished 8-3 last season in the ESCC, which is one of the toughest conferences in Illinois. The Hurricanes are well-coached, historically, and even have an alumnus — 2007 graduate Bryan Bulaga — who now plays offensive tackle with the Green Bay Packers.

One of those wins was a 41-0 blowout of Bowen, but Crumb said the Boilermakers are looking forward to a rematch against them.

“They’re really looking at Fenwick this year because they think they can get Fenwick,” Crumb said.

Regardless of whether or not Bowen is able to pull off a significant upset of the Friars, the Boilermakers should be very well prepared for the start of conference play on Saturday, Sept. 10, when they host Bogan at Eckersall Stadium.

CORRECTION: An earlier version had an incorrect spelling of Trayis Monden’s first and last names. The Public League apologizes for the error.